In numberless ways God will bring us back to the same point over and over again. He never tires of bringing us to the one point until we learn the lesson, because He is producing the finished product. It may be a question of impulse, and again and again, with the most persistent patience, God has brought us back to the one particular point; … God is trying to impress upon us the one thing that is not entirely right.

I was a Sophomore in high school.

Beginning of the year.

Football was under way.

I was going to try and, “turn over a new leaf,” so I decided to come in early and start lifting weights.

I had no clue how to really go about it. A few friends were pretty big into it. I just showed up and put some weight on the bench press and started.

Set 2… a young teacher/football coach, who was in school with one of my older brothers, stopped and watched as I finished my second set.

“Turning over a new leaf?”

“Pffft.” And he turned and walked out. He didn’t offer any advice on my bench press. Didn’t say how lifting would help me in football, didn’t say if I needed any info to stop by his office and “I’ll give you a workout routine we use to build football strength.”

His verbal utterance, and body language, conveyed exactly what he thought of me, “Loser.”

Set 3… done, but was a struggle. Not a physical struggle. What little mental strength I had mustered to get myself in that morning… was gone… and I felt empty and alone… and just sat there thinking, “It’s not gonna matter anyways.” And I left.

I don’t think in those last three years of high school I ever went back into that weight room.

And quit football a little later that sophomore year. [ Horrible I know ]

And predictably I didn’t get any stronger.

Midway through my Senior year my best friend asked if I wanted to join a gym with him.

I was in and out of my parents house, soon I would move out while still in school, had a little job making like $90.00 a week… yeah, you read that right, so I told my friend, “Sure.”

We hit it pretty hard.

My claim to fame during that time?

He was bigger than me so of course I challenged him to a “circuit course work out”, “Whoever does the most reps wins.”

Must have been taking it easy on me, because he only had me by a couple of reps when we got to the last machine… quad extensions.

We did the same weight on that one and he went first again.

I always liked that exercise. So I tried to win one for the Gipper!

I ended up winning. By one rep. And when I tried to stand up… crumpled to the floor, crawled into the bathroom, and heaved my guts out.

Late January, that Senior year, I moved out of my parents house.

Was mostly lifting 12oz at a time after that.

Despite having won that friendly competition with my buddy, having stopped lifting, again… and, again, predictably didn’t get any stronger.

I had a tense spring my senior year. Then a tense summer.

I was looking for work. Real work. I wasn’t going to school. Or joining the military… I needed to get going on “life.”

I met my future wife in late summer of that year.

As we started out on that “life” thing… every so often I would “try to get into shape”, even purchased a rowing machine that would fit in our apartment.

My wife’s cousin was with me when I bought it.

As I picked it out he said, “You’ll never use that.”

I did use it. Here and there. And truth be told I probably got more of a work out when I had to pack it up each time we moved, even to the house we would end up settling in.

It ended up in the back of my truck, when I made a scrap iron run to the junk yard, it was heavy, at least I could toss it up on top of the load to hold things in place.

And predictably… again… I didn’t get any stronger.

Then a life changing event in 2014 [ yep horrible ] and I had to stop drinking alcohol.

Still didn’t get any stronger.

2015, wasn’t feeling the greatest, so, finally went in for a check up.

I was 30 – 40 pounds overweight, and weak. I had been operating a loader for the last umpteen years… no lifting on my part… at… all.

New Year resolutions aside, I did repeat myself, from all the way back as a sophomore in high school, “2016, in my forties, can’t go into my fifties like a schlub, better turn over a new leaf, and get strong.”

Another teacher, an older gentleman, would come into work and see me in the company weight room… every… morning… before my shift… very early in the morning.

I saw him side eyeing me… I didn’t say anything.

Then, one day, we bump into each other as I’m leaving and he’s running a bit late.

This teacher says, “Man, you have me feeling guilty, I see you in here every morning, before work, I feel so convicted, I gotta start back up, I really appreciate your dedication.”

God has a funny way of bringing us back around to those things that are good for us.

We don’t always heed the call though.

If you are on a life path to personal improvement… of any kind… be persistent, be dedicated, be focused… be aware… and be present in those daily moments of moving forward.

But if something knocks you off course don’t sweat it… and, when you can, swing yourself back up into that saddle and get after it.

I’ve finally gotten physically stronger, I also have had to learn how to rehab an injury… the right way. I’ve developed mental strength that isn’t predicated on another human being validating my output.

And when God brings me back around to whatever lesson He thinks I need to be REALLY learning… just like hitting those quad extensions… I have to hit what He wrote… rep, after rep, after rep!

I was asked recently, “What do you offer with your Emerging Man message?”

Find a way to ENCOURAGE, EQUIP & ENGAGE today as you persistently pace yourself in your strides forward. 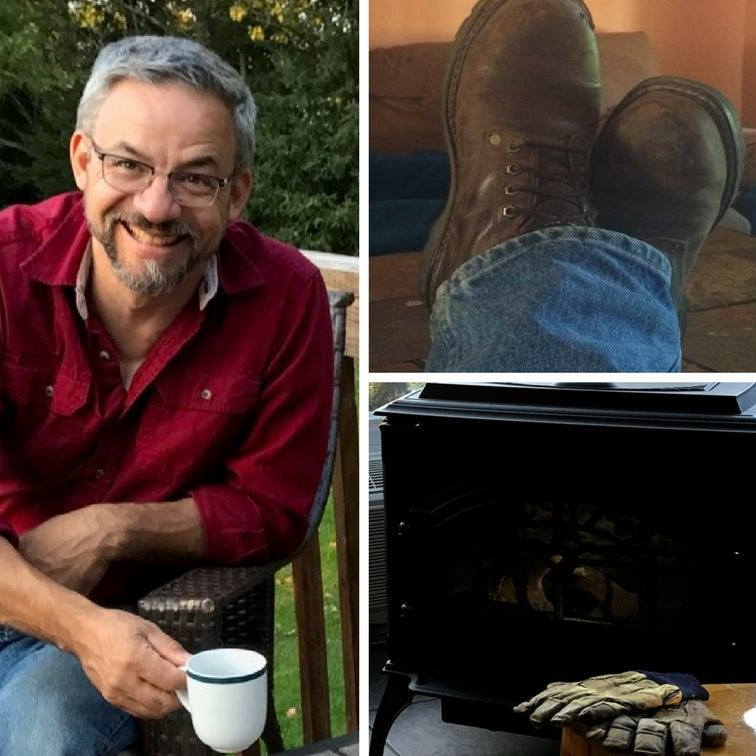